The Association of Social Work Boards started focusing on practice mobility in 2013, when its Board of Directors identified mobility as a strategic objective.

Since that time, ASWB has collected qualitative data and collaborated with stakeholders to help its member boards understand the challenges faced by social workers who are adding a new license. Eventually, a mobility strategy was implemented through amendments to the organization’s Model Social Work Practice Act, a document designed to help regulatory boards harmonize their licensure laws according to best practice. In 2018, the delegate assembly added endorsement language to the model law to streamline the process of adding a license. Licensure by endorsement allows a state or provincial licensing board to recognize a social worker’s existing license in issuing a new one. This reduces the burden on the social worker to provide supporting documentation and expedites licensing. 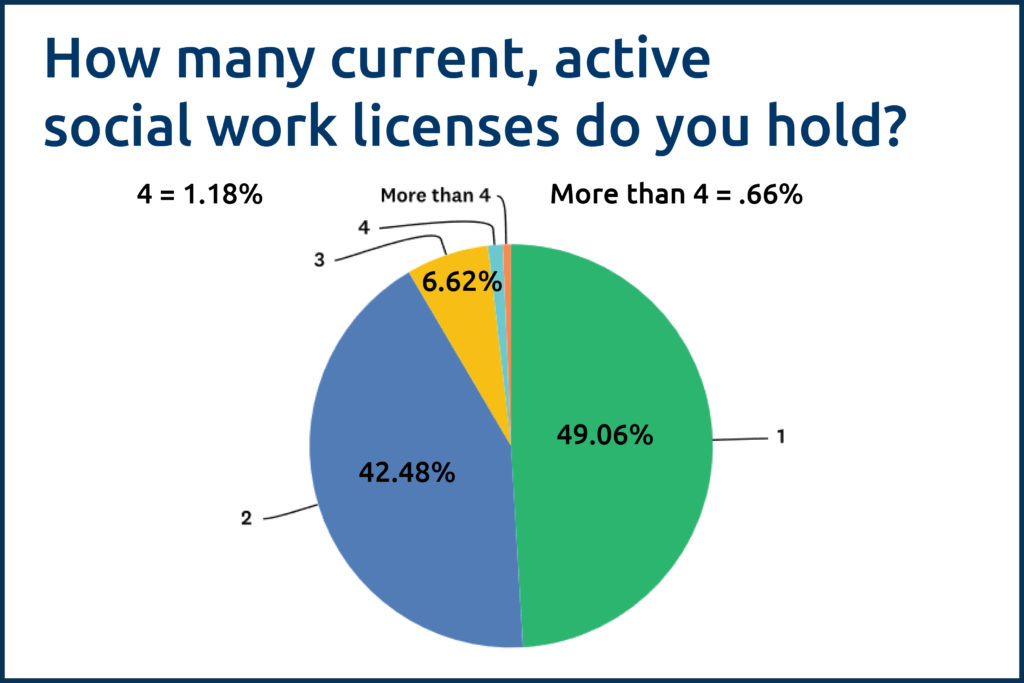 ASWB emailed 38,746 social workers who had requested exam score transfers in the last ten years, asking them to participate in a survey for a chance to win a $50 Amazon gift card. Nineteen percent agreed to participate, with 7,170 respondents answering the survey in June 2019.

Nearly 90 percent of respondents who were licensed at the time of the survey held either one or two licenses, with most holding one. This result is especially noteworthy because researchers expected that since the pool of respondents was made up of licensees who had requested score transfers, they would be more likely than the general social work population to hold multiple licenses.

“Relocation” was the most common reason for obtaining additional licenses (69 percent). “Border states/practicing across state lines” was the second most common answer (33 percent).

Reflecting on the results

The data gleaned from the survey paint a surprising picture. Social workers typically hold only a few licenses during their careers, so they never or rarely experience challenges related to regulations that hinder mobility. The need to remove barriers affects fewer people than expected.

Despite the surprising finding, Jennifer Henkel, ASWB senior director of member services and strategic initiatives, reflects on what social workers and regulators have told her about their experiences.

“Given all of the stories we have heard across a variety of platforms,” she says, “ASWB maintains, despite the data, that easing mobility still matters.” And she knows that the goal is attainable. “All of ASWB’s research strongly supports the reality that all states have more commonality than differences in licensure requirements.” The results also point to the necessity for more research into the mobility needs of specific groups, Henkel says.

COO Dwight Hymans agrees that the survey results don’t change ASWB’s strategic focus on practice mobility via licensure by endorsement. “The skills that social workers bring to a new location,” he says, “skills that were earned through education and work experience and demonstrated on a North American examination, don’t disappear when a social worker moves. When a jurisdiction offers licensure by endorsement—the recognition of a license held in good standing in another location—the social worker’s transition is made easier.” 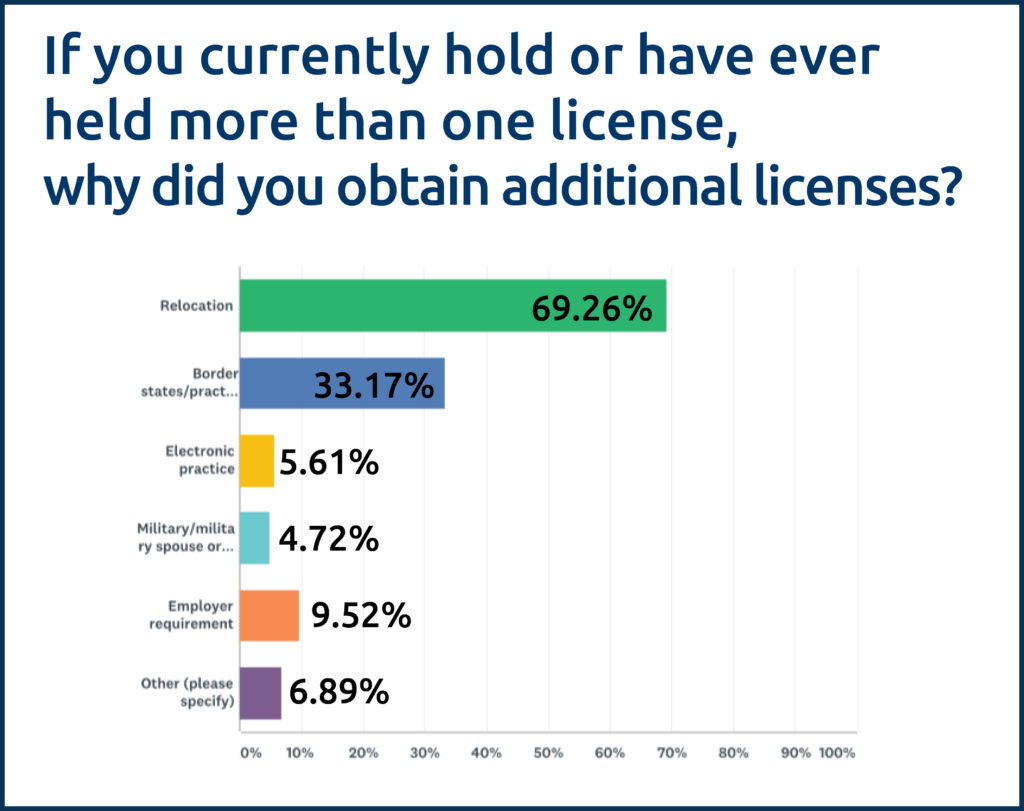 Opens in a new window This link will download a file