In 2020, the options for online meeting platforms are plentiful. As the world has adjusted to videoconferencing—whether it’s Zoom, Google, or Teams—the ability to conduct elections at an online meeting is a specialized application that requires the right set of features.

As ASWB geared up for the 2020 Annual Meeting of the Delegate Assembly, the association selected Lumi for its online meeting, largely because of the security of Lumi’s voting system. Lumi has tools to manage both delegates and alternates, complete with the ability to assign or reassign voting rights, depending on who was available to represent ASWB’s member jurisdictions.

By the close of the meeting Friday, 50 delegates had cast votes on 11 ballots, beginning with the first series of elections and continuing with subsequent runoffs. Because the meeting was held virtually, ASWB’s usual tellers were replaced by legal counsel Dale Atkinson, who monitored the election process to ensure that all votes were conducted and counted fairly. As delegates voted from their homes and offices throughout the United States and Canada, Atkinson and the Lumi technician could see who voted (but not how) and make sure that every delegate had the opportunity to cast a vote in each election and runoff. For instance, when one delegate arrived at the online meeting during the first ballot—for president-elect—the decision was made to revote on that position to make sure the delegate had a chance to cast a vote.

ASWB’s bylaws specify that election to the Board of Directors requires a simple majority. It can be especially tricky when there are two seats and four candidates or one seat and three candidates. Runoffs are triggered two ways: If one candidate reaches the simple majority in a ballot for two seats, the remaining candidates are kept on the runoff ballot. If there is no candidate who reaches a simple majority, the candidate with the fewest votes is dropped from the ballot and delegates vote again. This is not unique to online meetings, however; the 2019 annual meeting also required multiple runoffs, even with all the delegates gathered in person in Florida.

When the electrons had settled, President Harold Dean announced the winners. Elected to the Board of Directors were: Roxroy Reid of New Mexico, president-elect; Karine Levesque of New Brunswick, secretary; Ann-Marie Buchanan of Tennessee and Carla Moore of Louisiana, directors at large, licensed social worker; Elizabeth Pope of North Carolina, director at large, member board administrator; and Brenda Dennis of Oregon, director at large, public member. Nominating Committee winners were Kenya Anderson of Tennessee, Sonia Bilkhu of British Columbia, and Stephan Viehweg of Indiana. Reid will serve a four-year term, with one year as president-elect, two years as president, and one year as past president. The other positions on the Board of Directors and Nominating Committee all have two-year terms. 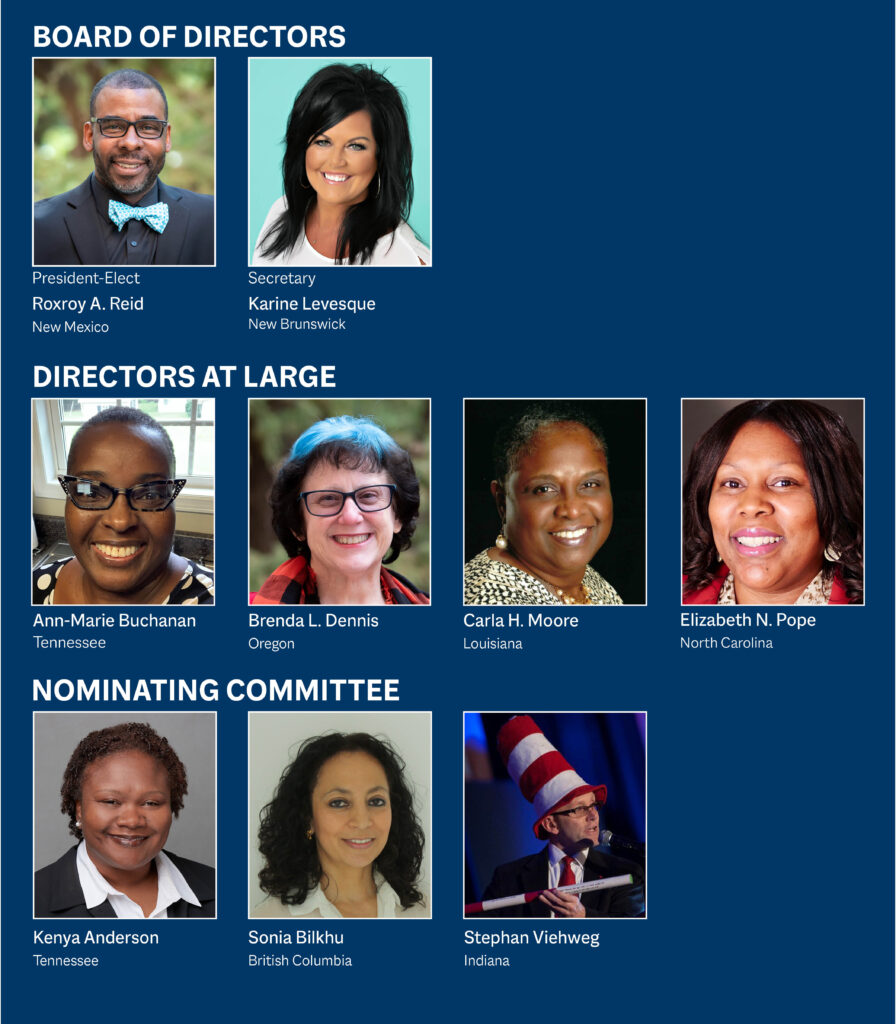 Kathy Outland appointed to ASWB Board of Directors 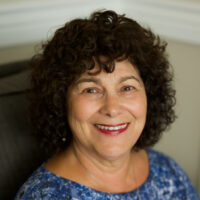 In December, the ASWB Board of Directors unanimously approved the appointment of Kathy Outland of Oregon as director at large, filling a one-year vacancy. “Kathy has had a very rich involvement in ASWB over the years as member or chair of various committees,” said Harold Dean, ASWB president, in putting Outland’s name forward for Board consideration and approval. “She’s proven her dedication and volunteerism to ASWB. Her service in different capacities makes her uniquely qualified to serve on the ASWB Board of Directors.”