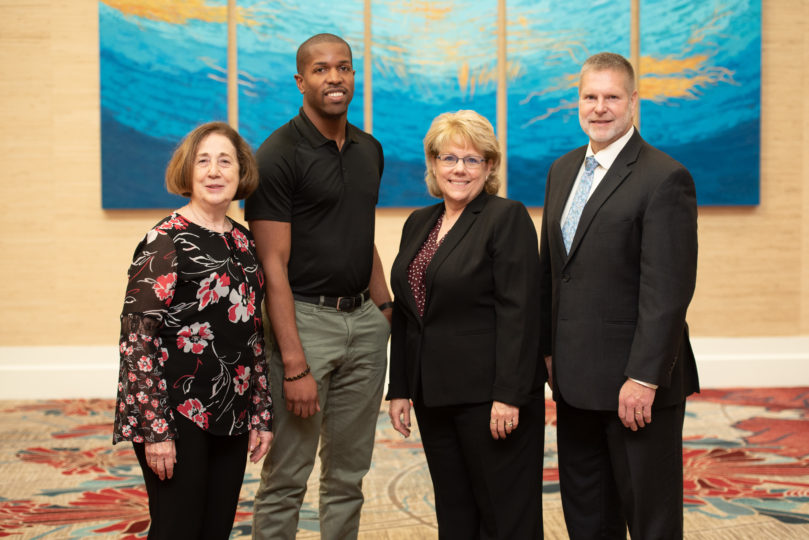 Beatrice Traub-Werner (ON), Thomas Brooks (MN), Kim Madsen (CA), and Brian Philson (MI) were elected to two-year terms on the ASWB Board of Directors. 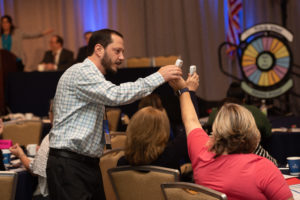 Mike Poole of Padgett Communications inspected each handheld voting keypad prior to delegates casting official votes in the 2019 elections.

“Welcome to Florida!” quipped Lisa Bolhouse, a member of the Florida Board of Clinical Social Work, Marriage & Family Therapy, and Mental Health Counseling, as delegates prepared to cast another ballot for the 2020 Nominating Committee. The election process at the Annual Meeting of the Delegate Assembly, complete with runoffs and ties, was the first real nail-biter in years for ASWB delegates, though there were no hanging chads in this Florida election.

The electronic voting process kicked off on Saturday morning with Jennifer Henkel’s popular tutorial on using the keypads provided by Padgett Communications, the company that has provided electronic voting equipment and onsite support to ASWB since 2015. Things got confusing, however, when Henkel asked the 53 delegates to choose their favorite theme park—Disney World or Universal Studios. When that question repeatedly produced a tie—fewer than 53 votes were cast—Mike Poole of Padgett stepped in to check that each voting device worked as expected. After inspecting each keypad, Poole had each delegate submit a signal to the system to make sure that all 53 were communicating correctly. Eventually, Disney edged out Universal by one vote, and the tellers were satisfied that the system was working correctly.

The advantage of electronic voting is speed: Delegates get results shortly after casting their ballots rather than waiting for tellers to count paper ballots. This year, though, tellers Mavis Azariah Armattoe of Washington, D.C., Lynnet Keeley of Idaho, and Karen Wasylenka of Saskatchewan spent more time than usual overseeing the process. They consulted with Poole and ASWB legal counsel Dale Atkinson, reviewing the voting processes and totals before results were announced. Meanwhile, the 40th Anniversary Trivia Wheel was recruited to entertain attendees while the votes were tabulated. 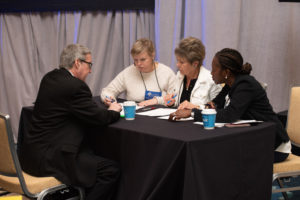 None of the three candidates running for the director at large, open seat reached the simple majority required by the association’s bylaws. Instead, the two candidates with the greatest number of votes faced a runoff. Delegates were asked to choose between Kim Madsen of California and Karine Levesque of New Brunswick, but the vote resulted in a tie. With 53 delegates present and all the voting devices in good working order, a tie should not have happened. The need to repeat the vote emphasized the importance of all delegates participating in the process. Ultimately, Madsen won after the second runoff ballot in which all delegates voted.

A second vote was required to fill the remaining open seat on the Nominating Committee after Blalock cleared the simple majority hurdle on the first ballot. Kenya Anderson of Tennessee and Endsley Real of Georgia faced one another in a runoff that saw Real garner the majority to win the second open position on the committee. 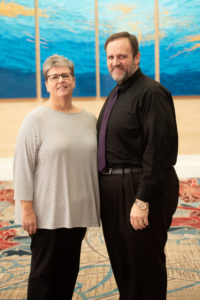 Endsley Real (GA) and Spencer Blalock (MS) were elected to the 2020 Nominating Committee.

“Every vote counts,” President Tim Brown of Texas reminded the assembly as they prepared for the Nominating Committee runoff. “[We have] two excellent candidates,” he continued. “I know it’s nerve-racking for them.”

Official actions of the 2019 Delegate Assembly