Who are the heroes you work with in social work regulation? Is there a board chair who steered your board through a difficult sunset process? Do you know an administrator who found a way to process applications more efficiently? Would you like to recognize a board member who has a knack for getting to the heart of the matter in disciplinary cases? We want to hear about them!

For the past 16 years, ASWB has recognized outstanding regulators at the Annual Meeting of the Delegate Assembly through this awards program. The award for board members was named for Sunny Andrews, a former president of the association, when the awards were established in 2002. Andrews, said Bruce Buchanan, who was president when the first awards were given, is “one of the most important leaders in this association’s history.” Andrews’s leadership on the ASWB Board of Directors helped steer ASWB through significant challenges and helped the association emerge stronger.

Although the board administrator award has also been given for 16 years, it was not named for an individual until 2016. The ASWB Board of Directors named the board administrator award in memory of McDonald, who served as registrar and CEO of the Ontario College of Social Workers and Social Service Workers. In addition to her leadership in Ontario and among Canadian registrars, McDonald was an active ASWB volunteer prior to her death in 2015.

If you know of a board member or an administrator who lives up to the examples set by Andrews and McDonald, submit a nomination to the Board of Directors by July 31, 2019. 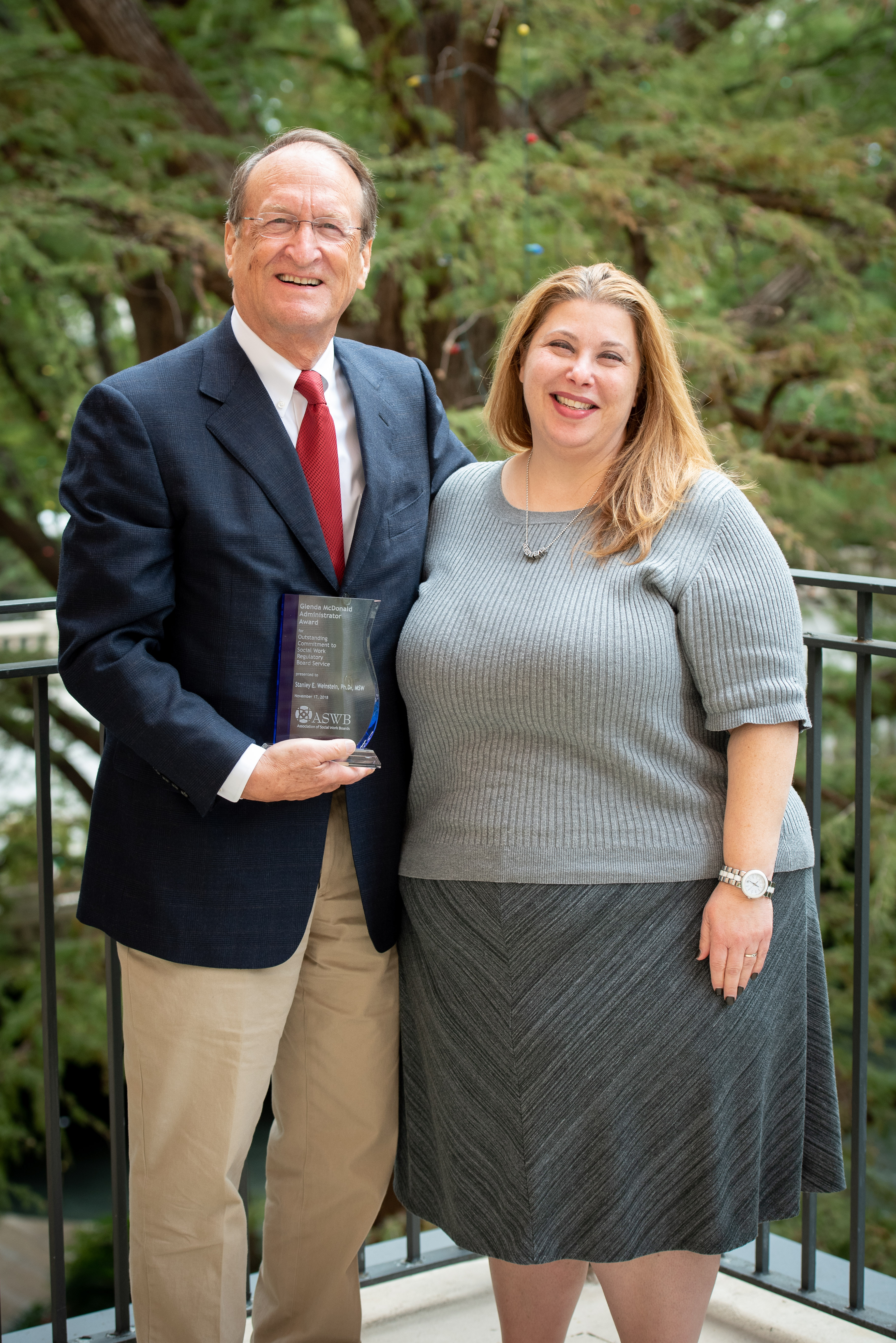 Stan Weinstein (MD) received the 2018 Glenda McDonald Board Administrator award from Denise Capaci, chair of the Maryland Board of Social Work Examiners. 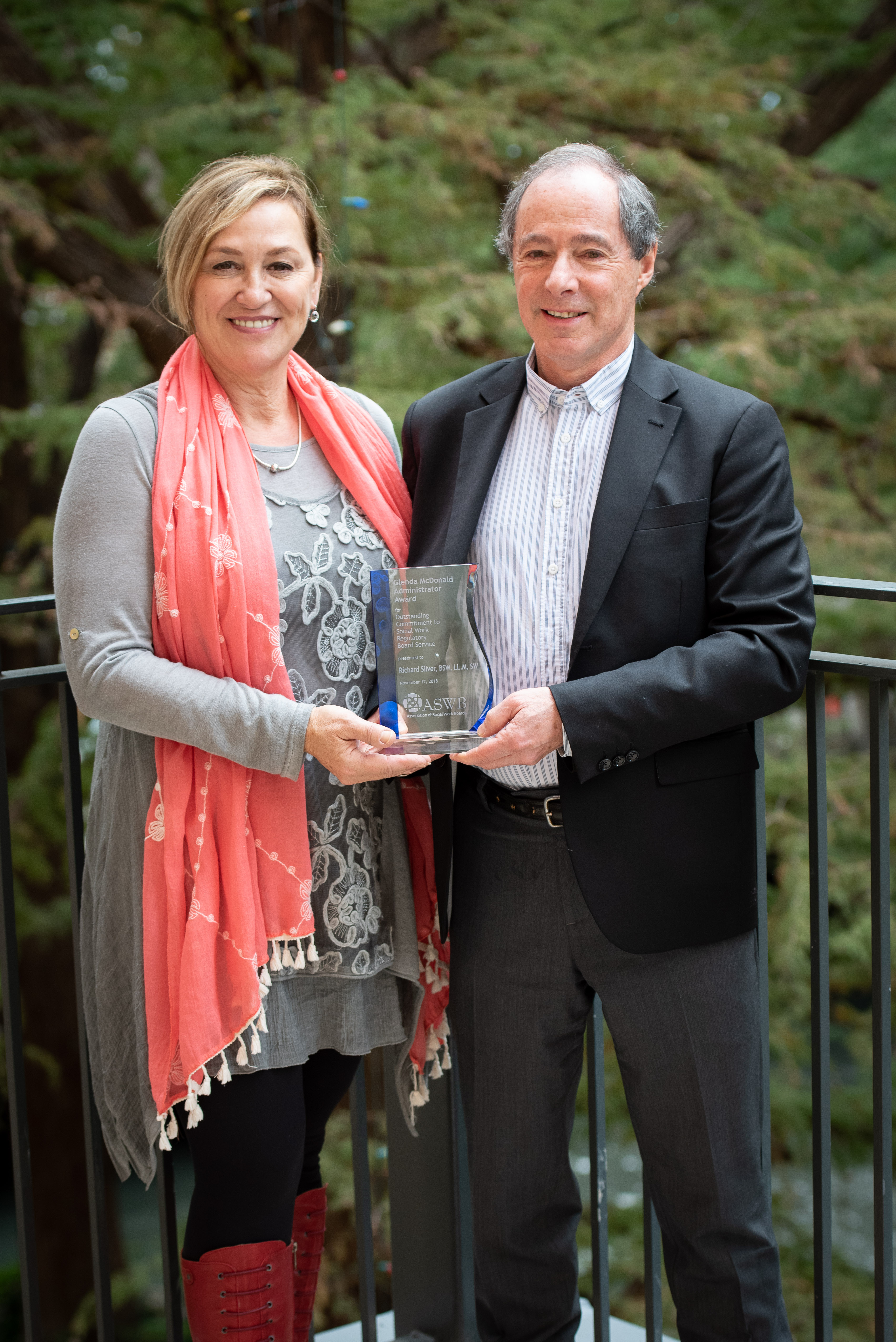 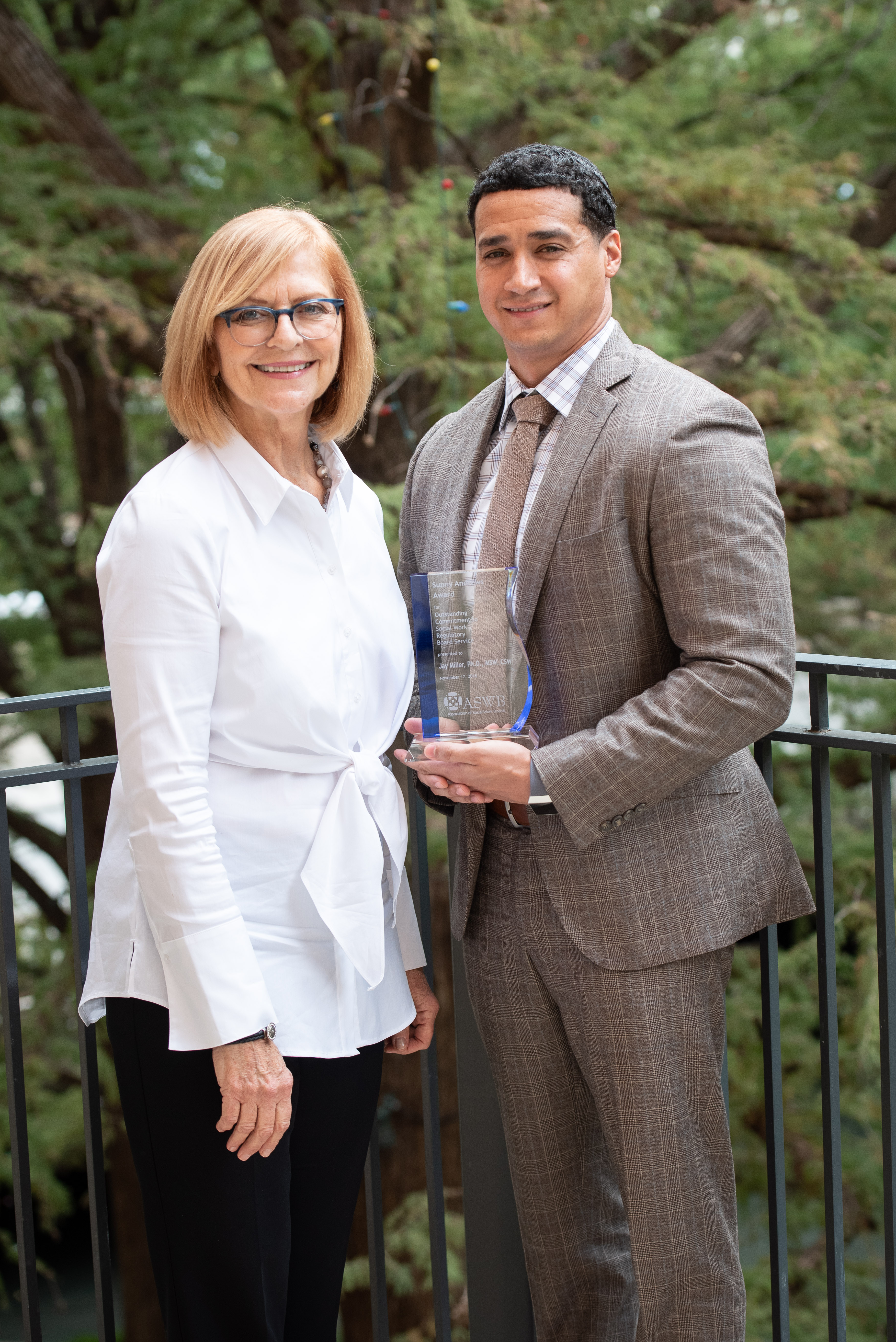 Jay Miller (KY) received the 2018 Sunny Andrews award from Florence Huffman, executive director of the Kentucky Board of Social Work.